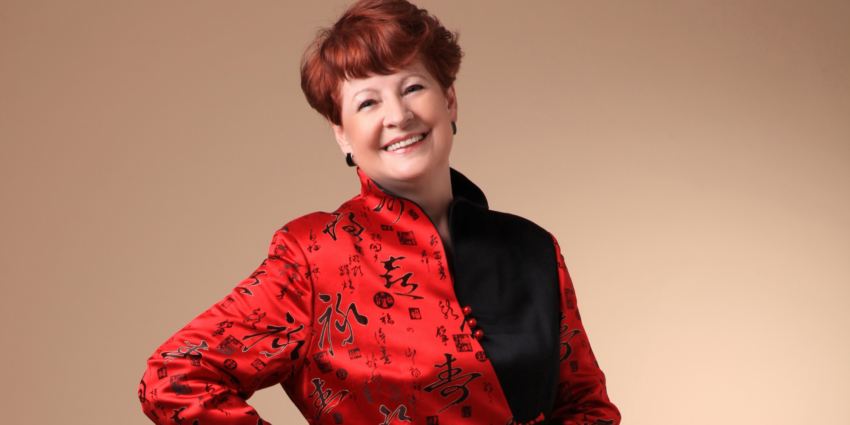 “I have shared gourmet delicacies with wealthy people at expensive restaurants. I have also cooked over open fires in the middle of homes with dirt floors, and later broken bread with the homeowners as their honoured guest. All experiences are equally precious to me.” Meet Tove Vine

The SHESeeks team were lucky enough to have met Tove by chance while she was walking a long stretch of beach at the Gold Coast one morning. It is a privilege to share part of Tove’s story with you.

Tove was born into a poor family of thirteen children in Denmark. She met her Australian husband while working in England and eventually moved to Australia. At age 57 Tove started a new life for herself moving from Australia to China to teach English where she eventually set up 14 schools and reached incredible success. Her story is a true tale of humble beginnings, from growing up in a tiny two-bedroom cottage in a small village to overcoming fear and embarking on a journey of discovery to accomplish wonderful achievements.

The day we crossed paths; you were walking from SeaWorld to Coolangatta – which I thought was a big walk, but you mentioned to us that you completed The Camino de Santiago last year. I was blown away! The famous pilgrimage spans 800 kilometres across Spain. That is some accomplishment – especially as a mature woman. Could you tell our readers a little more about that experience and what made you decide to undertake it?

I first heard about the Camino de Santiago about ten years ago. My nephew posted on his Facebook page that he was walking the Camino de Santiago. I hadn’t heard of it and when I googled it and found out what it was, I instantly decided I wanted to do the walk as well. At that time, I was busy teaching in China, and I didn’t think I would have time to do the walk in my 6-week holiday. So, I put it on my to-do list – but in 2017 my daughter gave me a documentary called “Walking the Camino: Six Ways to Santiago” directed by Lydia B Smith. I absolutely loved that documentary, and it sparked my interest and excitement for it again and I learned that you could in fact complete it in 6 weeks. I googled as much as I could, joined many Facebook pages, and sought a lot of advice. I took a year to prepare and embarked on the pilgrimage in July 2018 and I finished at the Atlantic Ocean in August 2018.

I walked it alone; many people walk in groups, but I needed to do this alone. I absolutely loved it. Was it hard? Incredibly. The first 3 days walking across the Pyrenees Mountains, I thought I was going to die. I took my time but still managed to walk about 25 – 35 kilometres a day. It was a wonderful experience, which I journaled about each night and when I completed the walk, I took those memoirs back to China and wrote my book “Camino de Santiago”. When I look back now, I cannot believe I accomplished it at 73 years of age, but when COVID allows, I’m going back to do it again!

You certainly seem to be a go-getter! You mentioned to us when you were 57 you felt like “you were living the wrong life” and packed your belongings in one bag and set out on an adventure to China to teach English. At this point, I’ll mention that you have written several books that deep dive into a lot of my questions, but could you share part of your story for our readers?

I was 57 and working as an accountant in Brisbane. I did love the work however it was a difficult work environment. I didn’t feel happy. And I kept thinking of all the dreams of adventures I had when I was young and how at 57, I hadn’t fulfilled any of them. I was having coffee with a friend and was complaining about my mislaid adventures, and she said 9 words that changed my life instantly and forever. She said, “why don’t you go to China to teach English.” It was then the idea was born.

How did you find the courage to leave the life that you were living, pack your belongings in one bag and move to a country where you didn’t speak the language – all on your own?

Well, I knew I wanted to recapture my lost adventures and that this was meant to be. I was always thinking of all the positive, and exciting possibilities ahead. I am a bold person who steps fearlessly into the unknown to the great worry of my daughter.

After uploading my resume onto an ESL (English as a second language) website, I received over 70 job applications. I chose a job in Guangzhou, the third-largest city in China. I chose to go there as I thought it would be safe being only 2 hours away from Hong Kong. I decided I would sell everything I owned: house, car, and furniture, then packed my backpack and left on 16 August 2003, excited for the adventure ahead.

Coming from an accountancy background, when I walked into the classroom in China, it was as if that was where I was supposed to be. I felt like I was a born teacher but hadn’t realised it beforehand. I fully embraced my new life.

The first year I worked for a Chinese Primary School and through a friend mentioning to me that I should open my own school, I did just that. I loved teaching so much and over the next 16 years, I opened 14 schools in the city of Guangzhou. My main school was in the middle of the city and then I set up 13 satellite schools in the suburbs. I became very successful over this time and made so many friends. I had a wonderful life – like a party every day!

You mentioned you set up Miss Tove’s English school – and eventually set up 14 of them. Could you tell our readers more about them? Where are they located – who are the students and was it only the English language you taught them?

In the first year, I was teaching Grade 1 and Grade 2 students, in a Chinese Primary School. I become a completely different person in China from a strict accountant to a fun-loving clown to keep their attention. I couldn’t believe the person I became. Children went home and told their parents “Miss Tove is so funny” and the parents were not used to their children having this kind of affection for their teachers. The parents came to the school to see who Miss Tove was. I became like a ‘grandmother figure” to the students.

Another teacher in China suggested I should open my own school and because I already had a relationship with the parents and a network, I invited them to join my school and I had a huge response. Through word of mouth, the demand became higher, and I had requests from parents to open new schools. In the regular Chinese school, there were normally 50-60 students in each English class, and they learnt strict English. Whereas I only took 10 students and taught conversational English. The parents couldn’t believe how quickly their children’s English improved in my classes and so my schools became very popular.

What were the main challenges you faced while living in China?

I am an extremely positive person who turns challenges into learning experiences. I took to China like a duck to water and loved the teaching and the work. However, to answer your question I suppose the main challenges I faced, were mainly while moving in and out of the city, travelling and shopping in a city with 15 million people. Transport was always so crowded. There are obvious cultural differences in China and the crowds would push each other and push to get to the front of the queue. I found this difficult to start with but soon got used to the ways.

In this time, you must have met some wonderful people and come across all sorts of stories – is there a standout?

I made lots of friends while I lived in China. All my friends were Chinese. My life was %100 Chinese. In the last year I was in China, I decided to write the life stories of ten of my Chinese friends. I have since published this book, called “Extraordinary People Who Have Enriched My Life in China”. All the stories are amazing as these friends of mine had all lived through difficult times, including the cultural revolution in China and the Mao Zedong years, with lots of poverty and then the One Child Policy.

The most outstanding story was the story of my dentist. We had become friends. He started his life in severe poverty, begging on the streets. When I met him, he was a multimillionaire with 10 dental surgeries. The willpower of Chinese people in difficult situations is quite astonishing. This is the book I’m most proud of, and it just happened to be the goodbye to my Chinese friends and Chinese journey.

Something that stuck out to me in the preface of your book This is China, is that you were born into a hard-working but very poor family. Your father wanted to be proud of his children and therefore wanted you to behave perfectly when you went into the village. He told you not to talk to anyone and that because you are poor “you are the least important person in the room.” When that message is given at such a young age, it can become the person in a way. It becomes a mantra almost or the sense of self you attach to. How did you overcome that idea that you were worthless?

I can never think back on those times without becoming emotional. It did ruin my childhood and youth. I believed the message he told me of being worthless and I had no confidence.

When I came to Australia, I still had low confidence, but I came across some self-help books such as “I’m OK – You’re OK” by Thomas Anthony Harris and “How to Win Friends and Influence People” by Dale Carnegie. Very slowly I realised my father was wrong and that I was not worthless.

It doesn’t matter how old you become, inside there is still a little girl but as you get older you have successes. In China, I was hugely successful in all aspects, my career, earning money, my friends. All of it. But really, I put my gaining self-confidence and self-belief down to those books.

It’s evident you have a passion for life Tove. You mentioned you love to learn and are still learning different languages now. I’m a big believer that you are never too old to learn, and you are a testament to that philosophy. What keeps you motivated to learn and live the full life that you do?

I love teaching so what keeps me motivated to keep teaching is that I love helping people improve. Now I teach at the University of the Third Age or U3A. I teach adult students who may have missed opportunities to learn earlier in life. Just as I did.

I’m trying to catch up on the education that I missed when I was young.

Where can our readers find out more about your extraordinary journey of discovery?

It was such a pleasure to meet you Tove, thank you so much for your time and for sharing part of your life’s story with SHESeeksmag.

What!? National Brownie Day Tomorrow? With only 1

And who said you don't make friends with salad? Te

💫I think this is EVEN more important RIGHT NOW

Save on Bundles! Many of us struggle to get enough 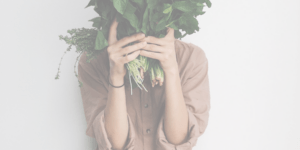